Eating a gluten-free diet has been a growing trend for over a decade. What was once seen as just a fad has now entrenched itself into popular healthy living guidelines and even into mainstream life. People are giving up on gluten and reaping a wide array of health benefits. Fat loss, better digestion, improved skin, fewer auto-immune disorders, improved hormone function, less joint and muscle pain, and even better cognitive function have all been linked to eliminating gluten. Going gluten-free is not just for people with celiac disease and wheat intolerance – it may benefit everyone!

The gluten-free trend started many years ago when researchers found that mice on a high-fat diet had differing effects when exposed to gluten. Mice that were fed a high-fat, gluten-free diet showed lower body fat percentages, less belly fat, less inflammation, and better insulin sensitivity and blood sugar stability.

The authors were awestruck that the gluten-eating mice didn’t gain fat due to eating more calories than the gluten-free mice. Rather, the fat gain was due to the gluten disrupting hormone function, leading to insulin resistance and glucose intolerance. Simply eating gluten set the mice up to develop diabetes and fat gain. Moreover, they also had a severe inflammatory state in the gut. This is a known precursor to autoimmune disorders and possibly several types of cancer.

Researchers suggested that the data was applicable to humans and supported the thought that gluten-free diets could lead to at a minimum fat loss. Diabetes can also often be prevented in humans by changing to a gluten-free diet. This dietary suggestion has been applied by thousands around the world, confirming their results.

Going gluten-free is not an easy transition. It takes some practice in  knowing where to shop and how to alter recipes, but it is getting easier. Those with celiac disease and those with gluten intolerance have greatly benefited from the rapid rise in gluten-free options in the grocery store and in restaurants.

Define that for me please:

Before we continue, let’s look at some definitions.

Gluten sensitivities can be acquired at any point in your life. Look at these statistics:

Many reports show that gluten-related problems are on the rise. This has many possible reasons including the increased consumption of processed foods and an increase in the amount of gluten found in our wheat supply. According to a new study analysis published in BMC Medicine, the amount of gluten in the wheat of today has increased to 14% from 4% a century ago. This is due to the advent of genetically modified wheat containing more gluten, a trait desired by food manufacturers. 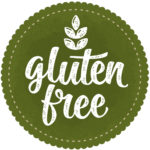 If you decide to eliminate gluten from your diet, you will receive the best results by eating whole foods (meat, fish, vegetables, fruit, seeds, eggs, organic yogurt). Avoid gluten-free baked goods like crackers, cookies, and breads. These are often higher in calories and carbohydrate content than the conventional gluten-filled version. Relying on them may cause insulin resistance and fat gain.

Some argue that eliminating gluten can cause a nutritional deficiency. However, from a nutritional standpoint, any nutrition you can get from foods containing gluten, you can also easily get from gluten-free foods. There are much better sources of protein, fiber, vitamin B, iron, etc. than wheat and gluten-containing foods. As long as you eat a well-rounded “colorful” diet, you will avoid nutrient deficiencies whether you choose to eliminate gluten or not. 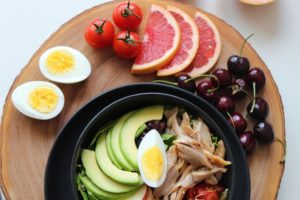 If you choose to eliminate gluten, have confidence in your decision and stick to it if it makes you feel physically better. Don’t let others dictate what you are going to put in your mouth. Educate yourself as to where gluten could be hiding and remain steadfast to your commitment. Above all, give your body time to heal. Many adverse effects of gluten can be reduced or eliminated but it may take 6 months or more to see the desired effects. If you have any questions, feel free to ask us at [CORE] Chiropractic in Roanoke for advice or other resources in helping you become healthier than you have ever been.